The place is magic. In front of it there is the tower of St. Emiliano, the most evocative of the coastal towers of Salento. On the horizon, steep cliffs covered with myrtle plunge into an incredible azure sea, the Cape of Otranto. All around pastures and olive groves. The silence is broken only by the sounds of the nature. Masseria Panareo stands on five acres of pine forest, Mediterranean scrubland and orchard and it is the perfect place for a journey of peace and good taste.

Zezza, the story of a family and a territory for over 20 years

In 1987 Renato Zezza bought a ruin in the countryside on the coast between Otranto and Porto Badisco. The place is charming: it stands on a promontory overlooking the valley of the Grotta dei Cervi between two Aragonese towers of the 17th century: the tower of St. Emiliano and the tower of Minerva, now the Regional Natural Park. Anticipating the tourist development in Salento, Mr. Zezza decided with his wife and children to restore the Masseria Panareo creating a place of hospitality: in this way, the hotel was born with its 18 rooms, the restaurant and the farm Li Ficari, which name comes from the territories acquired later in the immediate proximity to the farm. It is a beautiful story of a family, which shows the love for their land, the respect for traditions, the passion for good food, the desire to constantly improve and invest in the structure, to make it pleasant and functional. Here the guest can benefit from tailored services, efficient and punctual, attention to details and warm welcome. Thanks to this, in 2008 Masseria Panareo received by UnionCamere, the award “Italian Hospitality”, as the best hotel in Italy.

Currently Alessandro Zezza directs the hospitality sector. He is the chef-owner of the restaurant, shared with his mother, Donna Pina, an expert on traditional cuisine of Salento. Thanks to her, you can taste the delicious sweets for breakfast. Gianluca, the brother, directs the farm, accompanied by his father Renato, keeper of old traditions: thanks to them the excellent Cento Ceppi extra virgin olive oil and vegetables, used by the chef in the restaurant, are produced. 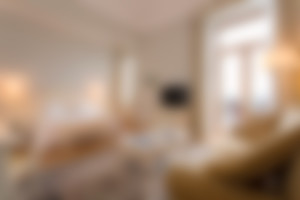